← back to
Chapter Music
Get fresh music recommendations delivered to your inbox every Friday.
We've updated our Terms of Use. You can review the changes here.

No One Deserves You 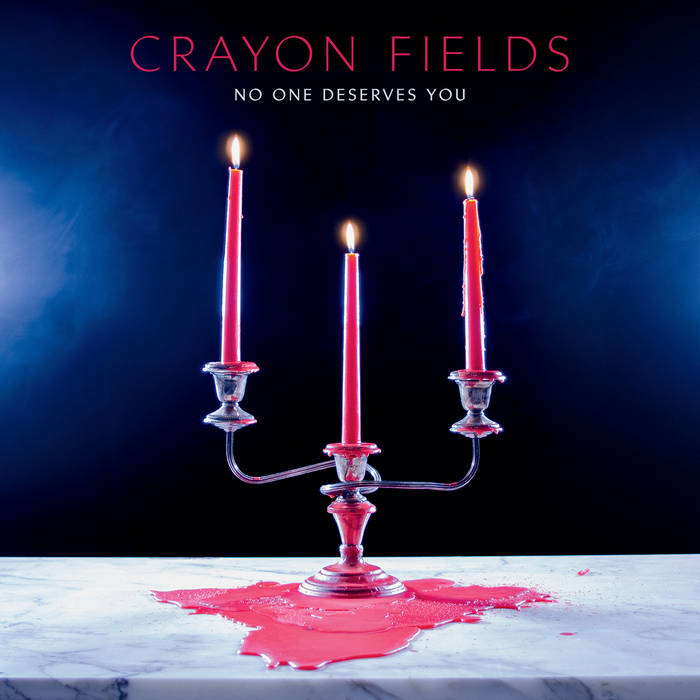 Crayon Fields, Melbourne’s own euphoric pop icons, return with their third album No One Deserves You, their first since epochal 2009 classic All the Pleasures Of the World.
All the Pleasures was a worldwide phenomenon, one of the first Melbourne albums of the modern era to reach an international audience. The album led to Pitchfork raves, tours of the US and Europe, releases in Japan and the UK, shows with Spoon, Best Coast, First Aid Kit, Stereolab and appearances at Australian festivals like Laneway, Golden Plains and the Big Day Out.
Coming off ther third overseas tour in 2010, the band took a break that turned into more of a hiatus, although calling it quits was never on the cards. Band frontman Geoffrey O’Connor launched his celebrated solo career with 2011’s Vanity Is Forever and then 2014’s Fan Fiction, but all the while Crayon Fields continued quietly working on another album.
The result is a glorious pop record. No One Deserves You presents Crayon Fields in vibrant technicolour, full and free and self-assured. All the classic Crayon Field strademarks are there - the vocal harmonies, guitarist Chris Hung’s fearsome fretwork, Brett Hudson’s nimble basslines and Geoffrey’s sly, debonair songwriting. But it is also Crayon Fields as you’ve never heard them before - grown-up, knowing and with a slight swagger in their step.
They’ve always contrasted their structured, detailed pop arrangements with an impulsive, irrational approach to romance. But this aspect has only become more pronounced as their musicianship develops and singer O’Connor becomes all the more willing to exploit every reflection on love, positive or negative, for the sake of entertainment.
The album is as significant a development as All The Pleasures Of The World was to their fey, wispy 2006 debut Animal Bells. Together, the albums form a neat trilogy, presenting the band at three distinct stages of maturity, whilst nurturing a healthy suspicion of the concept of ‘maturity’ itself.
First single She’s My Hero is the band at their most exuberant, but Love Won’t Save You reveals how a six year gap has replaced innocence with something more worldly. In No One Deserves You and Give Him Nothing Geoffrey gives clear voice to his romantic obsessions, while album closers Somewhere Good and Good Times seem more resigned than optimistic.
Crayon Fields formed as a high school band in the early 2000s. Over the years at different points they’ve been scrappy kids, wide-eyed ingenues, magical pop sprites, and now take their final form as assured pop conquerors. Welcome back Crayon Fields, we’ve missed you!

Bandcamp Daily  your guide to the world of Bandcamp